The show is constantly adding people so it always feels fresh and has a large variety of cultures and genders. With each country the show travels to, one of the most prominent designer from that country is adding a poster on the same subject but as the show continues designers are contributing more work. By fall the show will have over 50 posters all together.

So far the show has been in four places in Slovenia, Montenegro, Bosnia and Herzegovina and Serbia. In September and October the show is gonna be held in Madrid Spain, Breda Holland, Menlo Park California and Seattle Washington.

The project initiated by the artist Mirko Ilic. Mirko Ilic was born in Bosnia. In Europe, he drew comics, illustrations, and art-directed posters, books, and record covers. When he arrived in the U.S. he became the art director of Time Magazine International Edition.  Later he became art director of  the Op-Ed pages of the New York Times. In 1995 he established his firm Mirko Ilic Corp. His company designs for a wide range of clients, from pro bono organizations to the high luxury hospitality clients. For his work he received numerous awards and is in collections of institutions such as Smithsonian Museum and MoMA, New York.

Mirko is the co-author of several books with Steve Heller, including Genius Moves: 100 Icons of Graphic Design,  Handwritten, The Anatomy of Design, Stop Think Go Do, Lettering Large, and Presenting Shakespeare. With Milton Glaser he co-wrote The Design of Dissent.

He also organizes and curates shows and lectures around the world. Mirko teaches masters degree illustration at the School of Visual Arts in New York. The studio is especially known for its strong visual concepts. 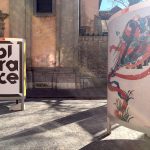 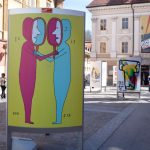 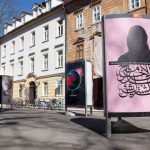 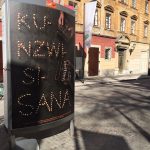 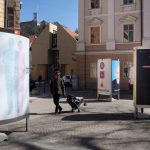 Milton Glaser is among the most celebrated graphic designers in the United States. He has had the distinction of one-man-shows at the Museum of Modern Art and the Georges Pompidou Center. In 2009, he was the first graphic designer to receive the National Medal of the Arts award.  He was selected for lifetime achievement awards from the Cooper Hewitt National Design Museum (2004), and the Fulbright Association (2011). As a Fulbright scholar, Glaser studied with the painter Giorgio Morandi in Bologna, and is an articulate spokesman for the ethical practice of design. He co-founded the revolutionary Push Pin Studios in 1954, and New York Magazine with Clay Felker in 1968.  In 1974, he opened Milton Glaser, Inc. where he continues to produce a prolific amount of work, including the iconic INY symbol; perhaps the most replicated identity of our time.

Felipe Taborda is a graphic designer from Rio de Janeiro, Brazil. A graduate of Rio’s Catholic University, he studied cinema and photography at the London International Film School (England), Communication Arts at the New York Institute of Technology, and Graphic Design at the School of Visual Arts (USA). He has had his own office since 1990, working mainly in the cultural, publishing and recording areas. In 2008 he launched his book Latin American Graphic Design, the very first comprehensive compilation of historical and contemporary design of this region, published by Taschen. In 2014 the St. John’s University, in New York, has organized the exhibition Another Point of View, an expressive retrospective covering 30 years of his graphic works.

Sue Coe is considered one of the foremost political artists working today. Born in England in 1951, she moved to New York in the early 1970’s. In the years that followed, she was featured on the cover of Art News and in numerous museum collections and exhibitions, including a retrospective at the Hirshhorn Museum in Washington. A firm believer in the power of the media to effect change, Coe has seen her work published in The New York Times, the New Yorker, Rolling Stone and countless other periodicals. Similarly, Coe sees printmaking as a way to reach a broad audience. Accessible and affordable, Sue Coe’s etchings, lithographs and woodcuts have become extremely popular.

Saki Mafundikwa is the founder and director of the Zimbabwe Institute of Vigital Arts (ZIVA) the first graphic design and new media school in Zimbabwe. His book, Afrikan Alphabets: the Story of Writing in Africa was published in 2004. It is the first book on Afrikan typography. His film, Shungu: The Resilience of a People a feature-length documentary had its world premiere at 2009’s International Documentary Film Festival Amsterdam (IDFA). It won the prestigious Ousmane Sembene Award at Zanzibar International Film Festival and Best Documentary at Kenya International Film Festival both in 2010. He was a speaker at TED2013 in Los Angeles. He lives, works and farms in Harare, Zimbabwe.

New Collectivism was established in 1984 as the graphic design department of Neue Slowenische Kunst. The members are Dejan Knez (Laibach), Miran Mohar (initially a member of the Scipion Nasice Sisters Theatre, then a member of IRWIN), Darko Pokorn, and Roman Uranjek (IRWIN). New Collectivism employs the method of retro principle.

Since 1975, David Tartakover has operated his own studio in Tel Aviv, specializing in culture and politics. His work has won numerous prizes in Israel and abroad, among them are: Gold medal, 8th Lathi Poster Biennial, Finland (1989), Grand Prix, Moscow International Poster Biennial (2004), Bronze Award Hong Kong International Poster Triennial (2004), first prize Seventeenth Colorado poster exhibition (2011). His works are included in the permanent collections of museums in, Europe, Japan, China, and USA. He collects and researches history of Israeli design and is also the curator of design exhibitions at museums in Israel and abroad. Among the books, he has published, is a lexicon of the 1950’s in Israel, Where We Were, What We Did. In 2011 a comprehensive book of his work was published in Israel

Fons Hickmann is a graphic designer, author, and design professor. In 2001, he founded the Berlin-based design studio Fons Hickmann m23. The studio focuses on the design of complex communication systems and is working mainly in the cultural field, ranking among today’s most awarded design studios worldwide. The studio lends its expertise to everything related to events, communication and visual identity. Its activities include corporate design, book and poster design, magazine design and web design.

Fons Hickmann studied photography, and communication design. He has taught at several universities, held lectures and workshops around the world and is currently the professor for graphic design at the Berlin University of the Arts. He is a member of the Type Directors Club New York and the Alliance Graphique Internationale. Fons Hickmann is increasingly involved in the publishing of literature devoted to different fields, from photography to media theory, through to football and pop-cultural phenomena.

Chaz Maviyane-Davies has been described by the UK’s Design magazine as “the guerrilla of graphic design”. For more than three decades the award-winning, controversial designer’s powerful work has taken on issues of consumerism, health, politics, social responsibility, the environment, and human rights. He has studied (MA, the Central School of Art and Design in London) and worked in Britain, Japan, Malaysia, USA and Zimbabwe, his country of origin. From 1983 until recently he ran the renowned design studio in Harare, Zimbabwe, The Maviyane-Project.

Due to adverse political conditions in his homeland and the confrontational nature of his work, Maviyane-Davies moved to the USA in 2001 to teach. An Emeritus Professor of Design at the Massachusetts College of Art in Boston, he is currently a freelance designer. As well as being published in numerous books, international magazines and newspapers, his work has been exhibited extensively and is included in several permanent collections at various galleries. In 2009 he was conferred an Honorary Doctor of Humane Letters degree from the University of Massachusetts Lowell. His award-winning book A World of Questions -120 Posters on the Human Condition has been well received by people from all walks of life.

Istvan Orosz was born in Hungary in 1951. He was trained as graphic designer at the University of Arts and Design in Budapest. After graduation in 1975 he began to deal with theatre as a stage designer, and animated film as an animator and film director. Later, when poster came to the centre of his interest, he made mainly theatre, movie, and exhibition posters. At the time of East-European democratic changes he drew some political posters too. He is also known as printmaker and illustrator. Professor at the West Hungarian University, co-founder of Hungarian Poster Association, member of Alliance Graphique International and the Hungarian Art Academy. He often uses Utisz as artist pseudonym.

Graduated from the Ecole Nationale Supérieure des Beaux-Arts, Paris, Michel Bouvet is a poster artist and a graphic designer. Living and working in Paris, he has designed hundreds of posters for theatre, opera, music, dance, art, festivals and public institutions in France and abroad. Professor at Penninghen, Paris. He is a member of Alliance Graphique Internationale (AGI) since 1997. Has held 80 one-person exhibitions in 35 countries around the world. His posters have been awarded in France, Poland, Czech Republic, Finland, Croatia, Bulgaria, Russia, Japan, Taïwan and USA.